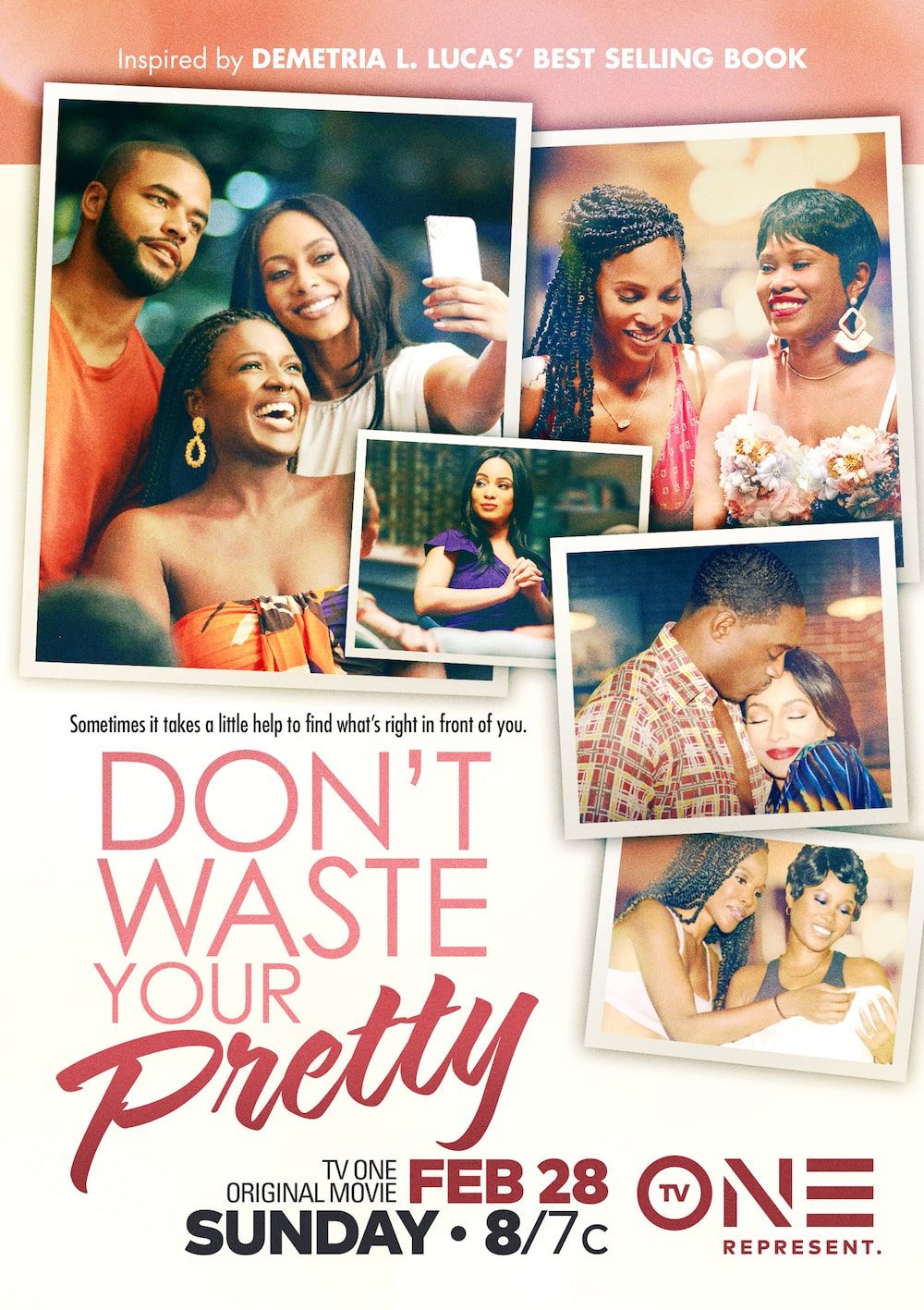 Also, check out 4 Da Taste's exclusive film preview clip below that touches on a hot topic, especially among 30-something Millenials who keep getting asked that super aggy, hella nosey, MYOB-response worthy question "...so when you getting married!?" This movie gets a solid 4/5 for its genuineness, and its unique perspective into relationship issues common today. Deborah Joy Winans delivers the best performance in our opinion as she pulls off the biggest character arc convincingly and most relatably. Keri Hilson also delivers a refreshing performance, accompanied by co-stars Redaric Williams, Tamara Bass, Jasmine Burke, and Kaye Singleton. Additionally, Demetria L. Lucas deserves much praise not just for her literary work but also her directorial work in adapting her novel to a screenplay. We hope to see much more from all involved in this film, check it out this Sunday-- a great way to close out #BlackHistoryMonth!

Airing Sun Feb 28th 8pm Eastern, DON'T WASTE YOUR PRETTY follows a group of tightly knit friends as they sort out their turbulent life issues and love lives - always turning to one another to figure out their next move when jobs, romance or family interactions prove more complicated than they had ever anticipated. The film is based on the eponymous novel penned by award-winning author and media personality Demetria L. Lucas. The cast of DON'T WASTE YOUR PRETTY includes Keri Hilson ("Think Like A Man," "Almost Christmas"), Redaric Williams ("The Yard," "The Young And The Restless"), Deborah Joy Winans ("Greenleaf"), Jasmine Burke ("Saints & Sinners"), Kaye Singleton ("American Soul") and Rainey Branch ("Being Mary Jane," "Grey's Anatomy"). DON’T WASTE YOUR PRETTY premieres on Sunday, February 28, 2021 at 8 p.m./7C on TV One.

For more information about TV One's upcoming programming, including original movies, visit the network's companion website at http://www.tvone.tv . TV One viewers can also join the conversation by connecting via social media on Twitter, Instagram and Facebook (@tvonetv) using the hashtag #DONTWASTEYOURPRETTY.